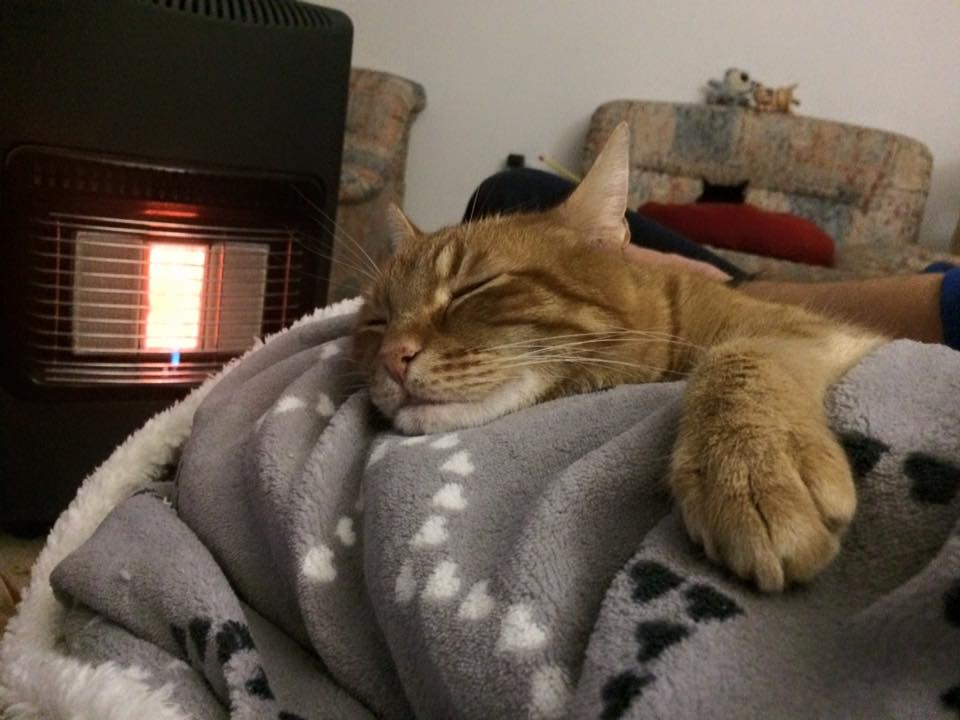 These are the cats that constantly enjoy the company of the Cuddly Cat Lady.

They were all strays and saved cats and kittens that the Cat Lady adopted over time and have been with her for some time now.

They get along great, within the limits of how cats can get along, which usually means a lot of cuddles and some (friendly) biting and clawing :3

There are the five cats that enjoy the constant company of the Cuddly Cat Lady.
All of them strays and saved cats and kittens that the Lady has adopted a bit at a time, welcoming them in the family. The little ones have grown up with her and one with each other.

Misha, whose birthday is International Cat Day, was two when she arrived in the house, after suffering from being abandoned, a stray period and a pause in a shelter.

With her came Captain Harlock, really young, just as scared as fearless, with one eye less and the specter of FIV looming, yet a boundless strength that brought him to be the awesome cat he is now. 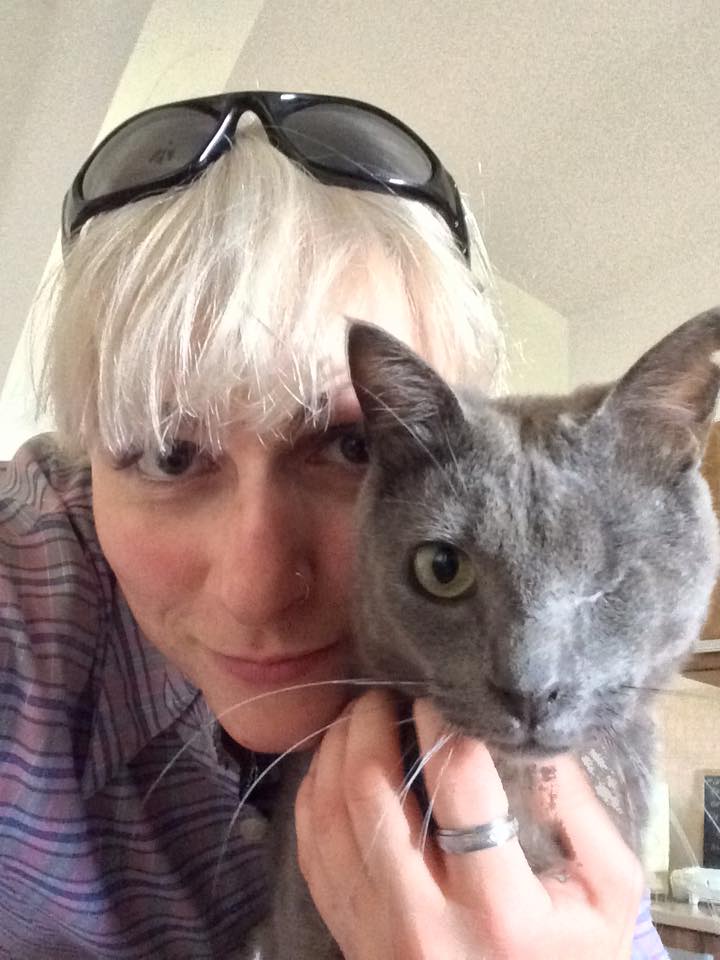 Then, Midnight, who got here as a black crumble and grew up to be a wonderful panther which, little by little, has started shaking off his fears. Midnight and the Cuddly Cat Lady

Finally, Lilith and Asmoday, two almost-brother, impossible to set apart and, sometimes, even to tame (not that we’re complaining).

They usually get along just fine, within the limits of cats getting along, which normally implies a whole lot of cuddles and just a dash of (friendly) bites and clawing :3

Here they are, playing one of their favorite games:

The three of the Hail Mary

These five are joined by the three of the Hail Mary, mom Minou, little and beautiful and her two wonderful kittens, the sweet Thunder and the daring Storm (aka Mucca). 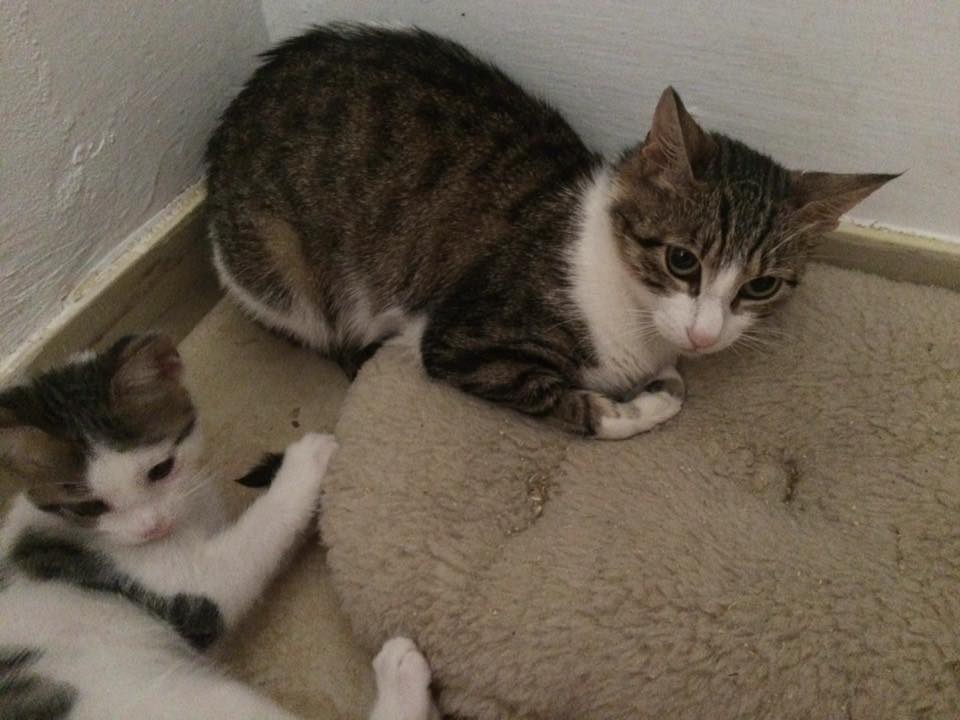 Minou has been sheltered by the Cuddly Cat Lady when she was pregnant with the two little ones.
It should have been, at the beginning, a temporary thing, just to give her some shelter from the bad weather and the harsh outside world while giving birth yet, day after day, it became apparent that that was the house she would want to stay.

So, after the birth and a short stay in another cat shelter, Minou came back together with her little children, Storm and Thunder, born on a stormy night. 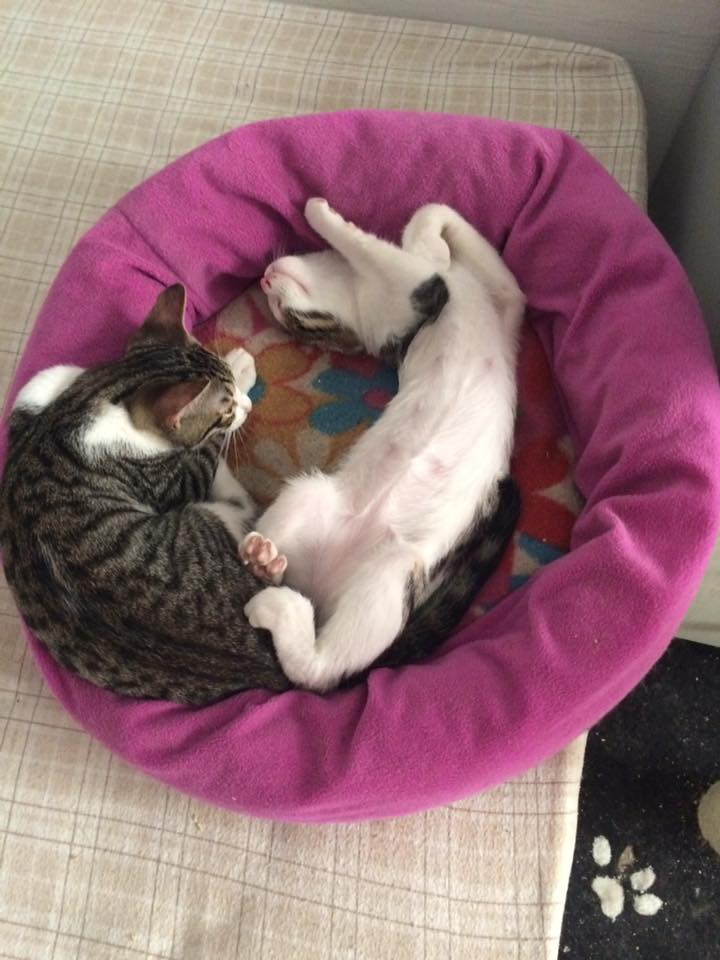 After our little girl left us, we stumbled upon these two little unforeseen thingies…
Storms are approaching on the horizon… Two hurricanes blowing in opposite directions, raising dust wherever they pass. They met in a temporary home after both being in the hospital and couldn’t be set apart, neither when they wrestled, nor when (very rarely) they cuddled. So they came together to the Cuddly Cat Lady’s home and immediately fit in, especially in the Ginger Team! 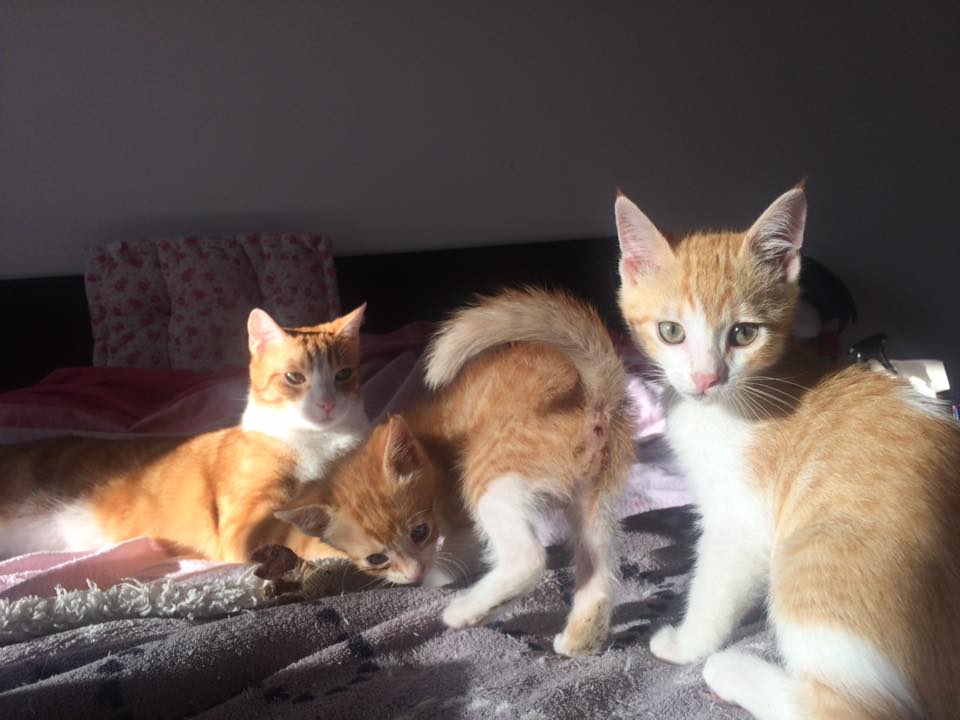 They are Chaos and Havoc (we couldn’t call them otherwise given their natures… and how much they fight). They are a bit crumpled and with some missing bits, but they’re doing great! 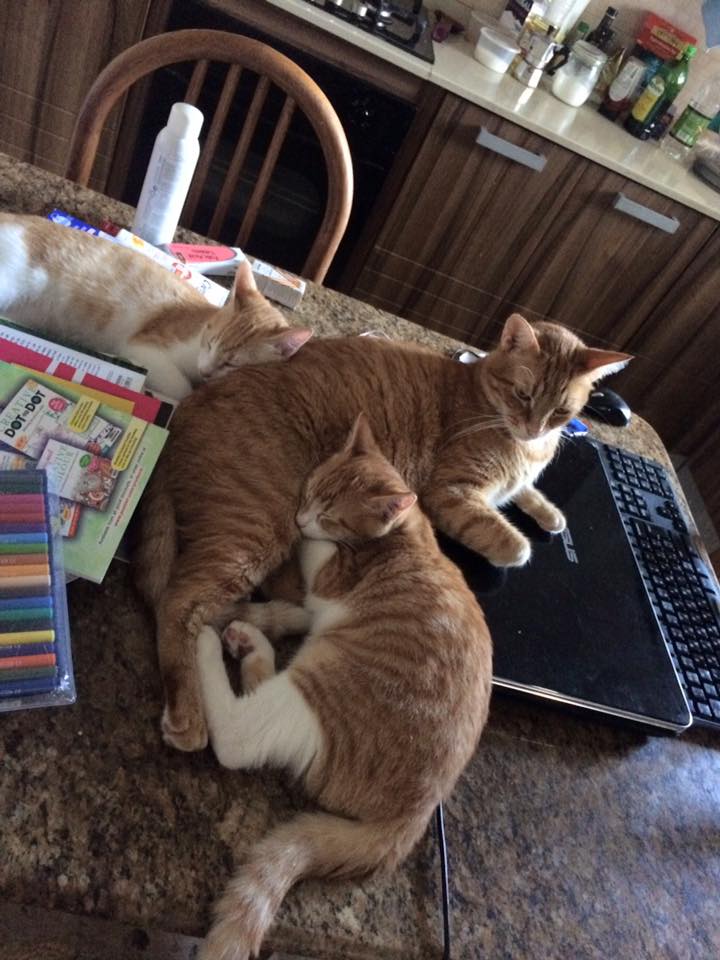 Seems to be done on purpose, both for the names and the looks, but fate has decided for us. Cookie and Kiki are the last two to have joined the savage gang. The first, an almost mom with a terrible stray cat past, has been recovering for a while at our place and decided to stay; the second, a mix between a Gremlin and a monkey, sparkling like a firework, full of energy but at the same time with a very balanced personality. Cookie is also Hydra for friends as she doesn’t hold back from showing her beautiful (and sharp) fangs. Kiki is better than any guard dog, since at the first sign of something being wrong she wakes up growling, sparking everyone’s attention. We have been very luck to trip upon this gift of fate.

Get in touch now

Home of the only real coffee in Malta! Because you should look as fabolous as your pets